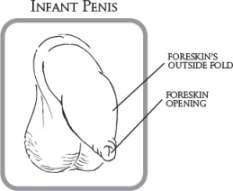 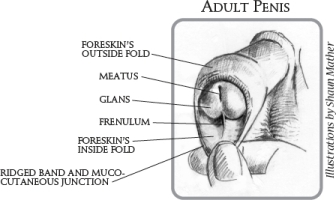 Circumcision is the operation to remove the foreskin. There is no medical reason for routine male circumcision. For more information see the circumcision page on this website.

This page last reviewed 04 June 2020.
Email us your feedback 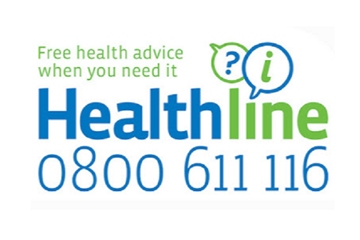 © The Paediatric Society of New Zealand and Starship Foundation 2005 - 2021
Printed on 26 January 2021. Content is regularly updated so please refer to www.kidshealth.org.nz for the most up-to-date version